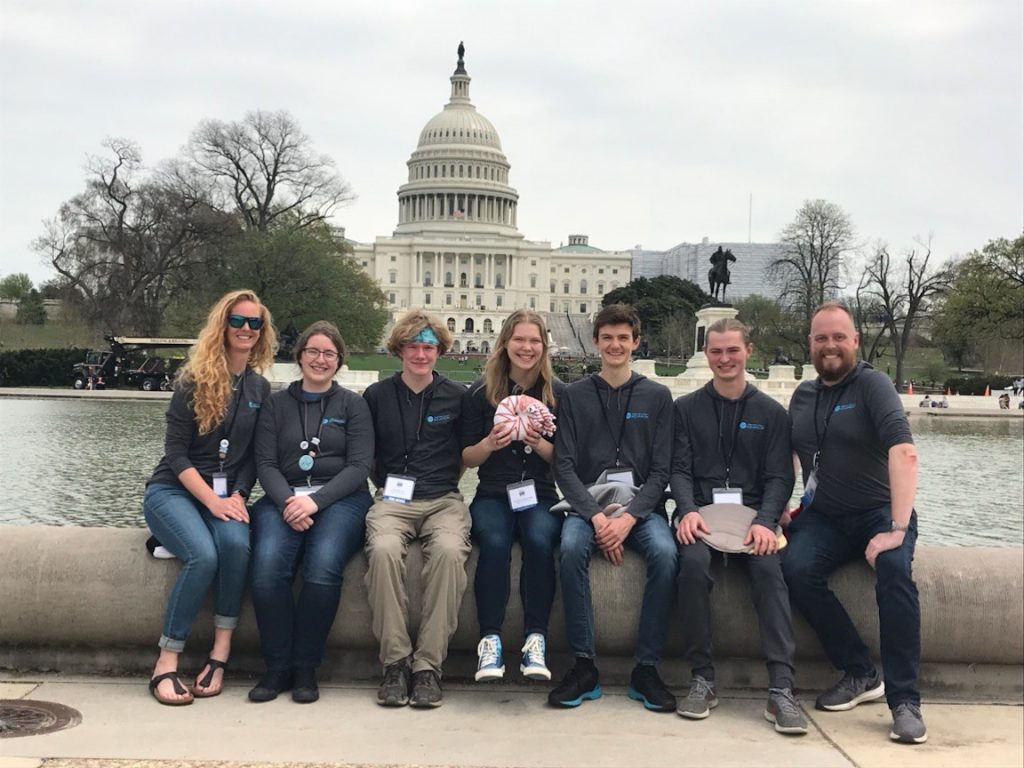 The Aquarium team earned the chance to compete against twenty-four teams from across the country after placing first at the regional Salmon Bowl for the second year in a row in February.

Teresa Springer, Oregon Coast Aquarium Youth Programs Coordinator, coached the team since October to prepare for NOSB along with Rob Edwards, Aquarium Volunteer and Port Engineer at the National Oceanic and Atmospheric Administration, who serves as the team’s science advisor. During the summer, the high school students also volunteer in the Aquarium’s Summer Youth Program.

“The kids were absolutely stoked to find out they placed in the top eight, but more than anything, they’re inspired to try even harder for next year,” said Springer.

The NOSB is a nationally recognized and highly acclaimed academic event managed by The Consortium for Ocean Leadership, which is composed of nearly 100 leading ocean science, research and technology institutions (public and private). The program provides a forum for talented and passionate students to test their knowledge of the marine sciences, including biology, chemistry, physics, and geology.

The Aquarium sponsored two youth teams at the regional competition this year and has participated in the NOSB for the past four years.

“Our team is one of the few, if not only, sponsored by an organization. Many schools in Oregon are unable to sponsor Ocean Bowl teams, so we have students from multiple schools—both local and as far as Portland—that dedicate their Saturdays to travel to and practice at the Aquarium,” said Springer. “We’re just happy to give the students an opportunity that they wouldn’t otherwise have. It aligns with the Aquarium’s mission.”

For students interested in participating next year or simply in pursuing an interest in marine science, Springer encourages contacting the Aquarium about the Summer Youth Program.