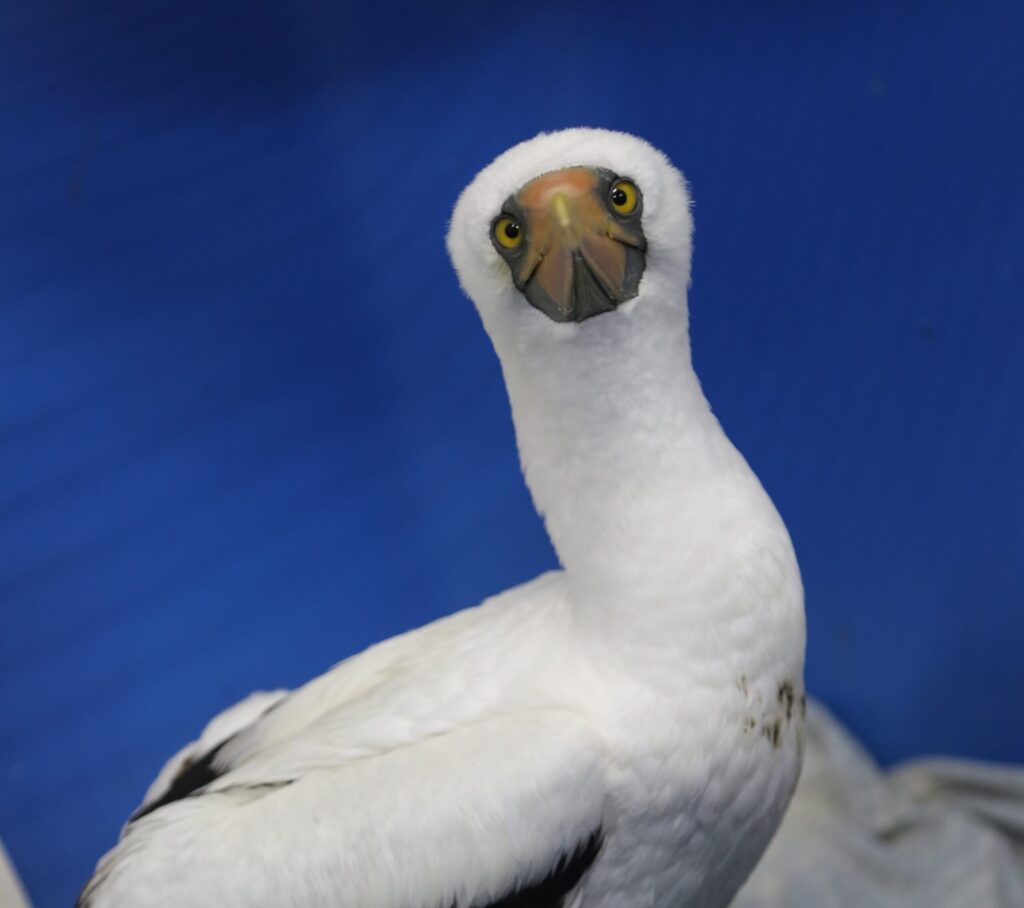 The bird was initially found hunkered down on the docks of Newport’s historic bayfront, over 3,000 miles away from its native range. A member of the public was able to retrieve the bird and bring it to the Aquarium.

“The range of this species of sea bird is typically along Central and South America,” said OCAq’s Curator of Birds CJ McCarty. “This bird must have followed food and warm currents north and then gotten cold in our Oregon waters.”

After performing immediate triage, OCAq aviculturists provided the large sea bird with a warm and comfortable space to aid in its recuperation, ensuring it remained hydrated and well fed while monitoring its health closely.

Once OCAq aviculturists and veterinary staff determined the bird was ready for the next step in its rehabilitation, a travel carrier was modified to transport the bird and staff chauffeured it to Portland International Airport for an early morning flight.

The Nazca Booby’s destination was International Bird Rescue, a non-profit organization that rehabilitates injured aquatic birds. Once the bird is fully recovered, it will be released into warmer waters closer to its normal range.

OCAq recognizes all those who contributed to the success of this bird’s rescue and rehabilitation; thanks to the combined efforts of diligent private citizens, OCAq staff, and International Bird Rescue, this intrepid traveler will soon return home.

The Oregon Coast Aquarium is committed to rescuing and rehabilitating injured coastal wildlife. To accommodate increased marine life rescue and improve conditions for ongoing care and rehabilitation, the Aquarium plans to build a Marine Rehabilitation Center for animal husbandry and veterinary staff to provide critical care to injured or stranded marine wildlife. We invite our supporters to contribute to these efforts by donating via givetoaquarium.org/one-time-gift; doing so directly bolsters the impact of this vital work. 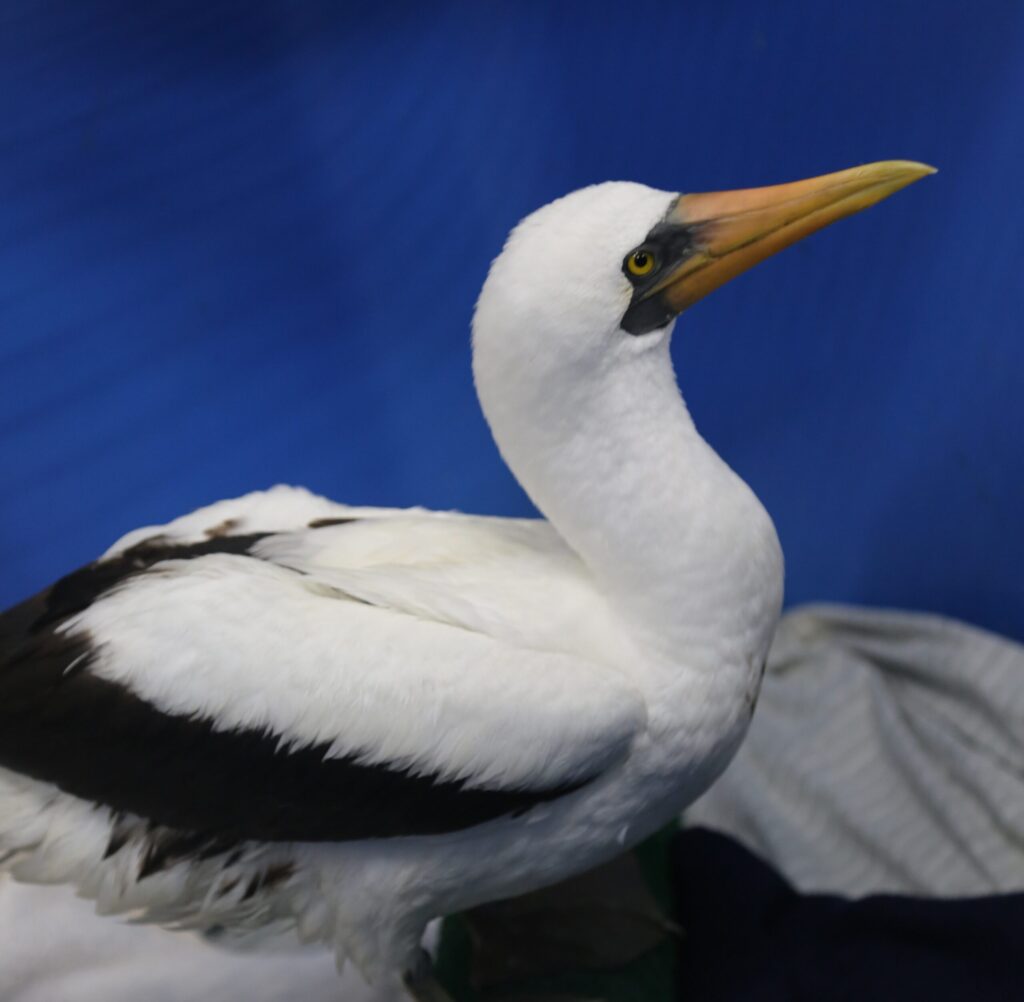