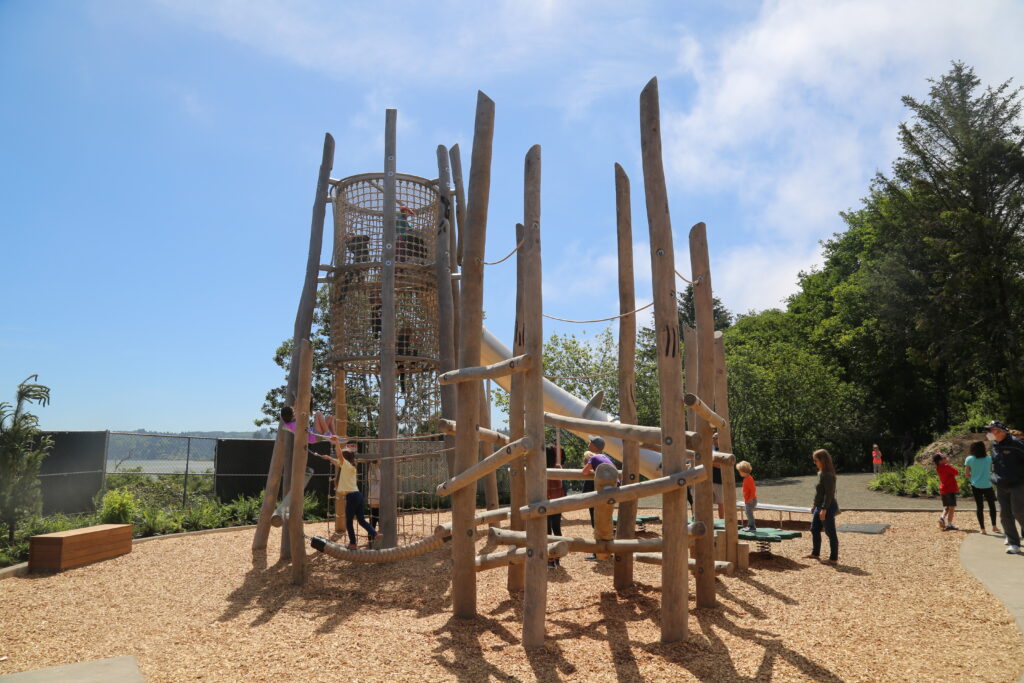 Newport, Oregon — The Oregon Coast Aquarium (OCAq) is thrilled to announce that its new Nature Play Area, Outdoor Amphitheater, and headwaters feature are now open to the public!

These projects, alongside the construction of a new admissions annex and lobby renovations, comprise the first phase of the Aquarium’s multi-phase Capital Campaign, which was launched with the goal of completing crucial improvements and creating engaging experiences.

“We have anticipated this for years,” said OCAq President/CEO Carrie Lewis. “We are elated to offer these new experiences to our guests, and we’re so grateful for the support we have received along the way.” 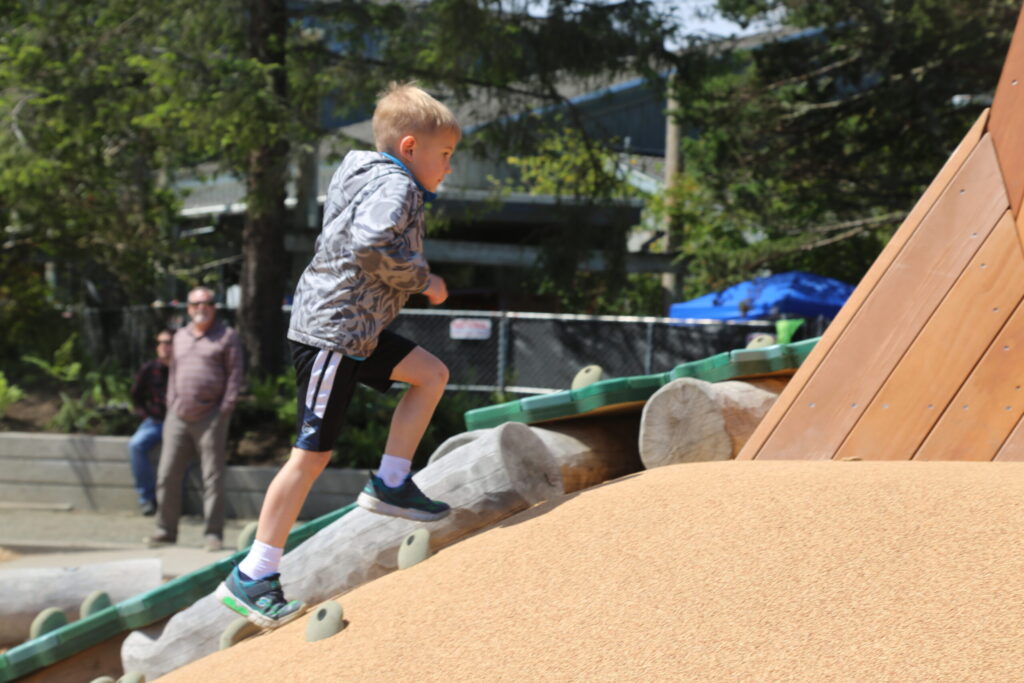 The Nature Play Area speaks to OCAq’s historic origins as a former timber mill site. Visitors can engage kinetically with nature when they clamber over massive logs, explore a faux eagle’s nest, climb a watchtower, and plunge down a meandering slide that acts as a mock river chute. 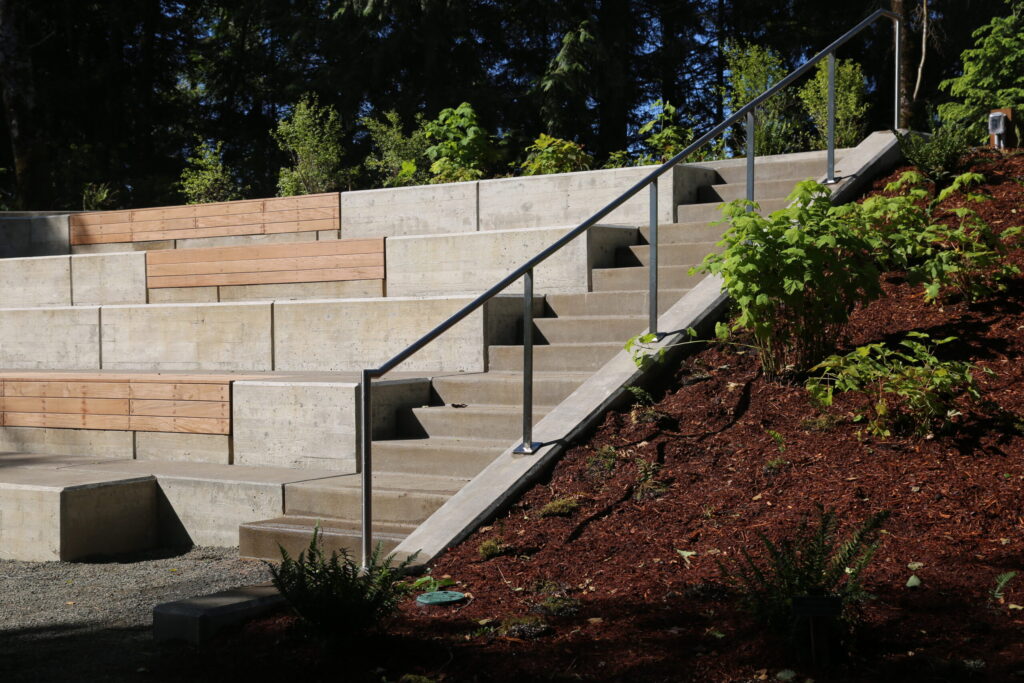 The Outdoor Amphitheater is a dedicated space for educational programs and ambassador animal presentations, featuring expansive seating to accommodate large groups.  The amphitheater provides guests with an up-close view of Oregon’s native species and opportunities to engage with animal caretakers and educators. 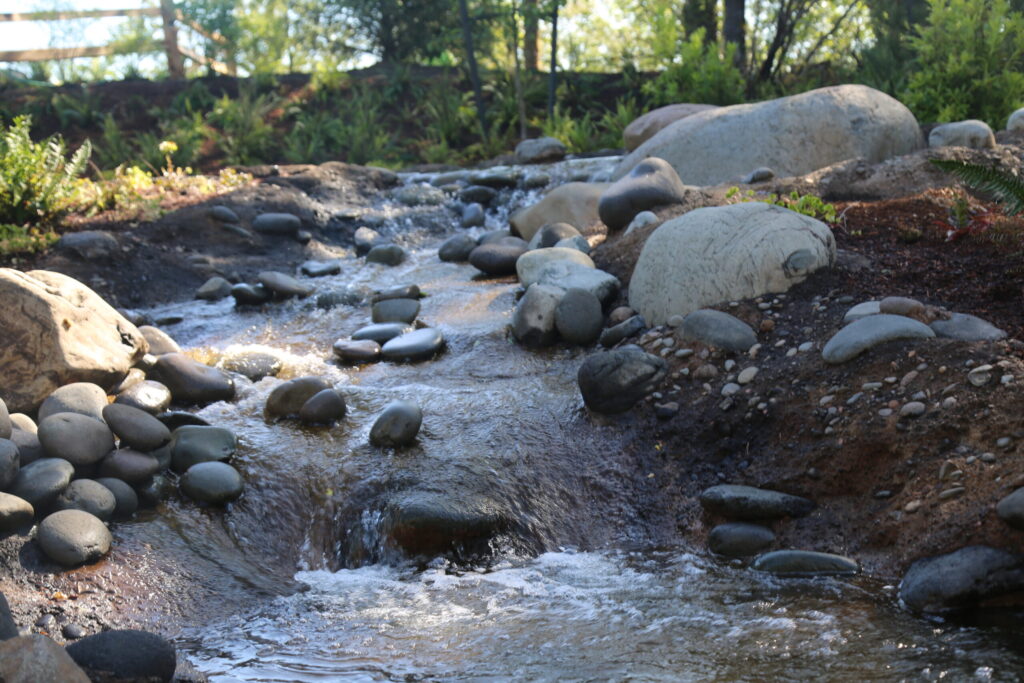 The scenic headwaters feature includes a recirculating stream that represents the relationship between watersheds and the ocean, emphasizing the importance of headwaters and the role they play in Oregon’s coastal ecosystems.

The renovated lobby delivers a view of the scenic estuary bordering OCAq, and streamlines foot traffic by giving guests a direct route to the headwaters feature and center of the Aquarium. Lobby renovations include improvements to the existing café and the addition of a moon jelly exhibit, which will be completed this summer. Updated wayfinding signage and interpretive materials will also be installed throughout OCAq later this year.

“These additions make a huge impact on our guests,” said Lewis. “They’re more than just attractions–they’re experiences, they’re places where families make memories, where inspiration is sparked and a love for nature is fostered.”

The Aquarium contracted Dangermond Keane Architecture, Andersen Construction, and Walker Macy to carry out the design, construction, and landscaping for this phase of the Capital Campaign.