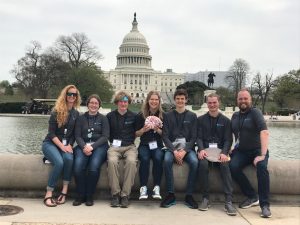 Newport, Oregon— The Oregon Coast Aquarium’s youth team, “Nerdi Nautili,” placed sixth at the National Ocean Sciences Bowl (NOSB) in Washington D.C. this past weekend. The Aquarium team earned the chance to compete against twenty-four teams from across the country after placing first at the regional Salmon Bowl for the second year in a row […]